Volunteers’ Week – The Heroes Behind the Helpers

In 2018, 20.1 million people in the UK volunteered formally at least once a year and one in five (11.9 million) people did so at least once a month. Throughout the Volunteers’ Week campaign which has run from 1st-7th June, the #volunteersweek hashtag on Facebook has been referenced by 26k unique people and organisations. This demonstrates just how much volunteering is growing in the UK. While the benefits of volunteering to each individual are innumerable, where volunteering also adds value is in the significant increase in community capacity to get things done that simply wouldn’t be possible otherwise. Without our volunteers here at the Earth Trust, working on managing the land, the upkeep of these important spaces simply wouldn’t be viable. Volunteers’ Week has just come to an end, and to mark this national recognition of the incredible contribution they offer, we’ve highlighted a few personal stories of some of our volunteers below to offer window into the real lives and motivations of the ‘heroes behind the helpers’. 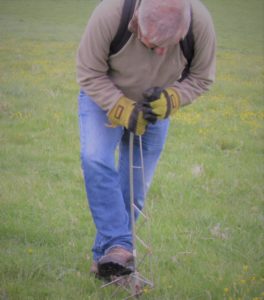 “It was an emotional wrench to give up work but so far retirement has proven to be amazing and well worth the big step. For the first time in over 40 years it’s up to me to decide what I do each day… it’s a really unusual feeling, but I like it!”

John recently retired as Director of a global software company to create some much needed space in his life for family, health and personal interests. John was used to a 3 hour daily commute, frequent overseas work trips and the responsibility of leading a professional team at work. His wife Sally suggested that he volunteer at the Earth Trust and since then his health has greatly improved. He has learnt many new skills in land conservation and enjoys seeing the very tangible impact he and the other volunteers have made at the end of a long day. John is thriving in his new adventure as retiree, volunteer, part-time student at Oxford University and grandfather to two boys. 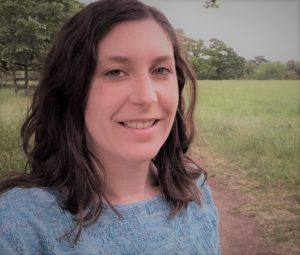 “One-off event volunteering, such as the lambing festival, has allowed me to meet lots of local people. I’ve helped with many activities that I wouldn’t normally get to experience in my day to day role. I also got to meet some of the lambs which has to be the highlight!”

Katie was keen to start volunteering but was also working in a full-time role with not much time to spare. She found out about our annual Lambing Weekend event and came along to support with all the activities. While she was there she found out about the Earth Trust’s community warden volunteer roles, and that she could do this from as little as 1 hour a month. She now volunteers at Wallingford Castle Meadows, just one of the community reserves the Earth Trust manages. Katie thoroughly enjoys helping to maintain her local environment and getting out into nature. 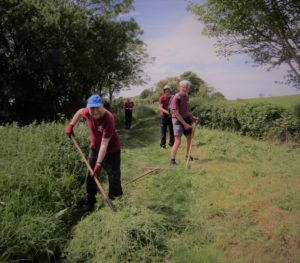 “Since I retired volunteering has helped me keep connected with the outside world and helped give my days a structure and purpose. It has helped me learn new skills and make new friends as well. Working with nature has contributed to my mental well-being.”

Mathew joined the Earth Trust’s Thursday volunteer group after he retired and has learnt many new unusual skills and made new friends in his local area. He has noticed how his role and being out in the heart of nature has contributed to his mental well-being too. He enjoys the variety of tasks the group undertakes and the opportunity to share experiences with other like-minded people.

We at the Earth Trust would like to take this opportunity to thank all our wonderful, spirited and dedicated volunteers for all they do to keep this vital work going.

Volunteers are invaluable to us at Earth Trust. In fact, we couldn’t get so much of our work done without you!

Earth Trust run a number of events throughout the year from children’s activities to outdoor theatre. The Events team need help running these, and therefore we are looking for a…

Conservation and maintenance volunteer Mike explains why he regularly volunteers at Earth Trust in his spare time.