Inspired by a magazine article they read whilst on holiday in summer 2014, Oxfordshire couple Fraser Norton and Rachel Yarrow decided to fulfil a lifelong dream and set up a business making cheese.

After a year and a half of research, planning and set-up, Norton & Yarrow Cheese became the proud owner of a herd of Anglo Nubian goats, which are known as the ‘Jersey cow’ of the goat world due to their rich and creamy milk. The herd started with 10 adults and 22 kids and has grown to around 100 milking goats. As far as they know, Fraser and Rachel are the only cheesemakers in the UK planning to make cheese from an exclusively purebred Anglo Nubian herd.

Fraser and Rachel wanted to focus on creating high quality local cheese in a sustainable way so Norton & Yarrow Cheese is a perfect fit for the Farm Step programme. The goats are fed on hay from the wildflower meadows at the Earth Trust Farm; experts estimate that up to 30% of the flavour of a cheese comes from the animals’ diet, and the couple are confident you can taste the quality in the cheese.

The cheese is made at nearby Nettlebed Creamery and, in keeping with the truly local theme, the couple named their first cheeses after local landmarks: Little Wittenham, Brightwell Barrow and Sinodun Hill (the historic name for the Wittenham Clumps).

You can currently find at a number of local farmers’ markets and shops – please see the website for a full list of stockists. 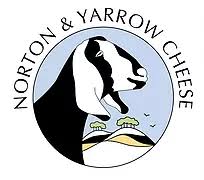 Farm Step provides a once in a lifetime opportunity for people to start their own green business.

Bees, butterflies, moths and other pollinators are a vital part of our ecosystems but they're under serious threat. At Earth Trust Farm we're demonstrating how pollinator numbers can be improved, without compromising food production.