Wittenham Clumps have long been viewed as iconic landmarks in Oxfordshire, and we’re continuing to learn more about their ancient past and the people who lived here. After a few months away due to the coronavirus pandemic, DigVentures are back at the dig site and able share even more of their finds.

The team have continued excavating the Roman Villa, which is now estimated to be 30m long with at least seven column bases, and have unearthed plenty more nearby including five more roundhouses. The team have been unearthing finds from the Bronze, Iron and Roman Ages just metres apart, making it a particularly exciting dig! Here are a just few of their latest discoveries.

Starting back in the Iron Age, evidence of an incredible 15 roundhouses have now been uncovered. This one is about nine metres in diameter, so slightly smaller than some of the others found. 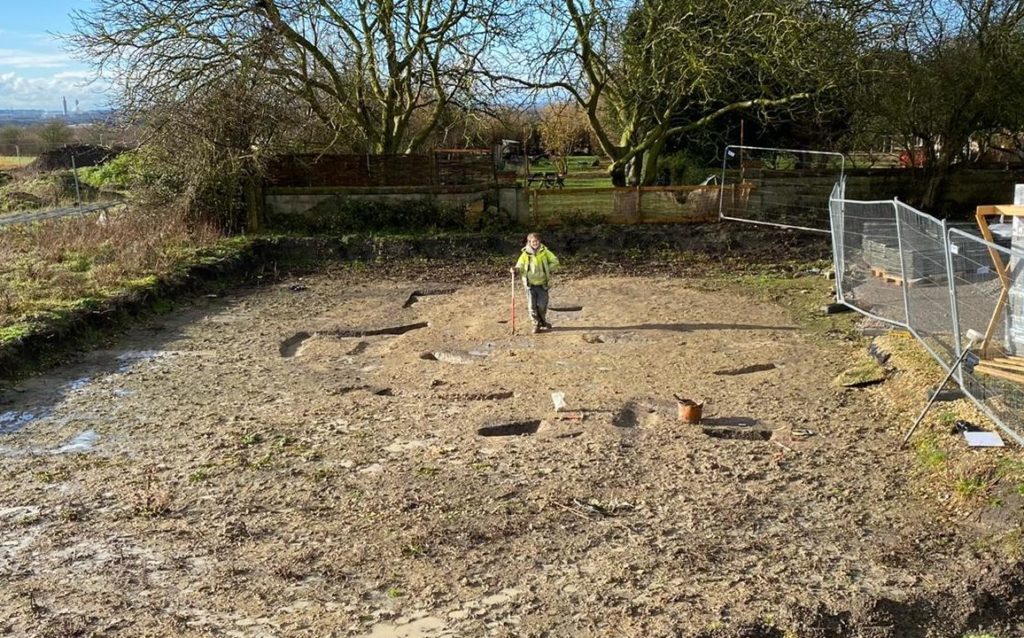 This next piece might not look like much to the untrained eye, but it’s a piece of pottery known as Terra Rubra. DigVentures’ pottery specialist was particularly excited by this find, because it dates back to between the very late Iron Age to just after the Roman conquest, capturing the transition between these periods. 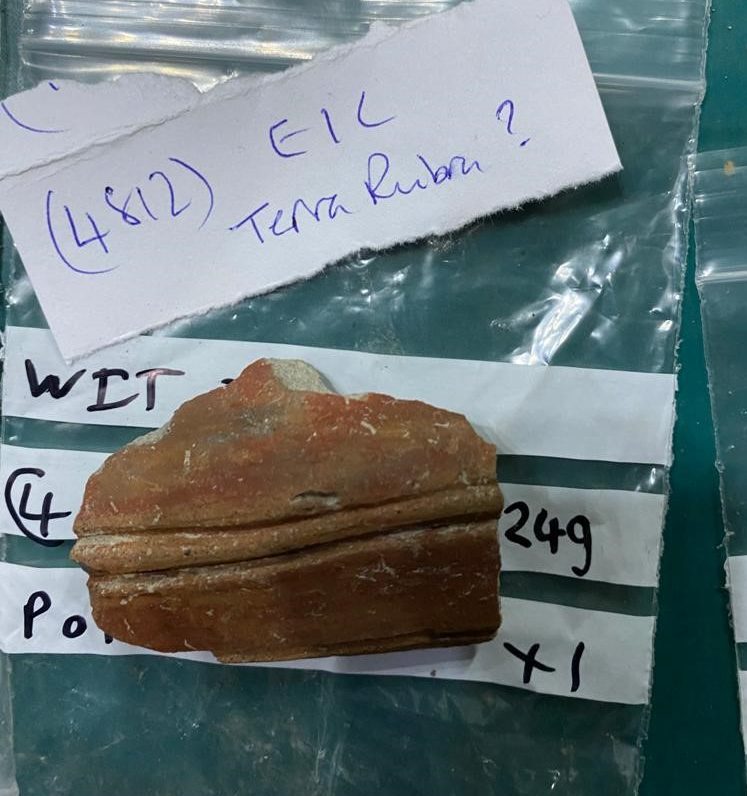 Recording the Terra Rubra found. This piece is from the transition period between the Iron Age and Roman era.

This piece is the handle of a good quality Roman flagon – a large jug-like vessel – and was likely to have been used for collecting and storing everyday essentials such as water, wine, beer and oil. 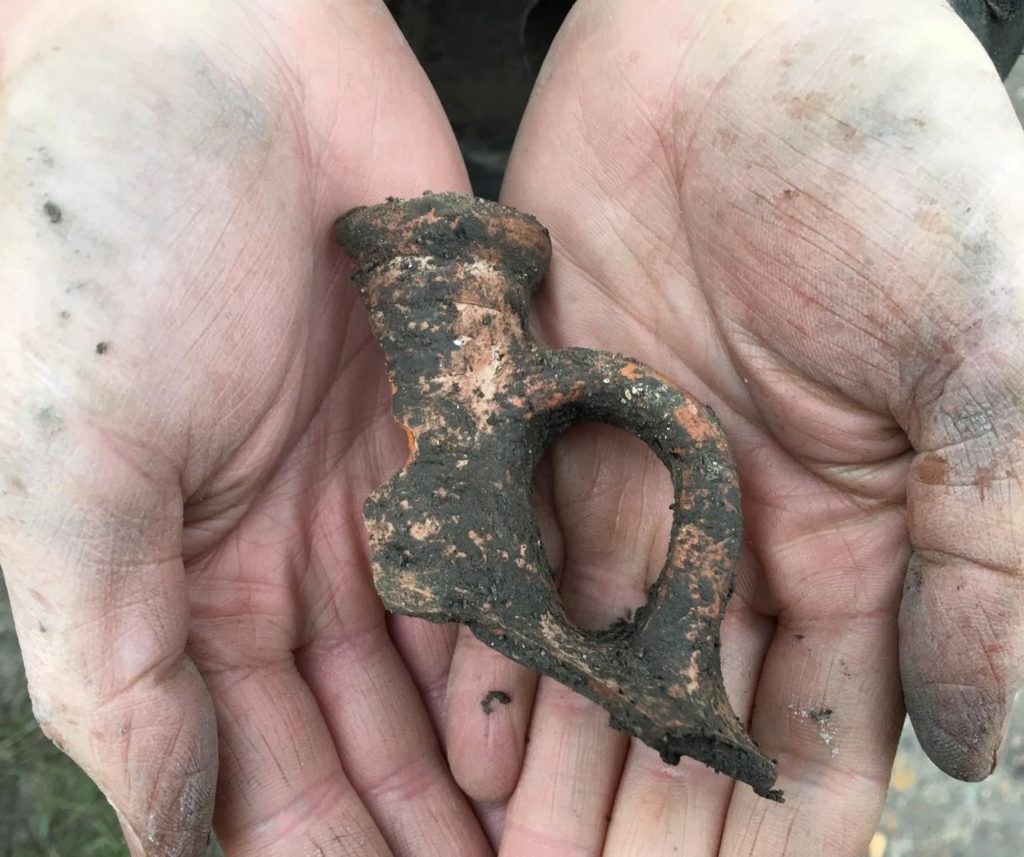 An archaeologist holds the handle of a quality Roman flagon.

Next up, a Roman spatula. It might have been used for applying medicines or even makeup: 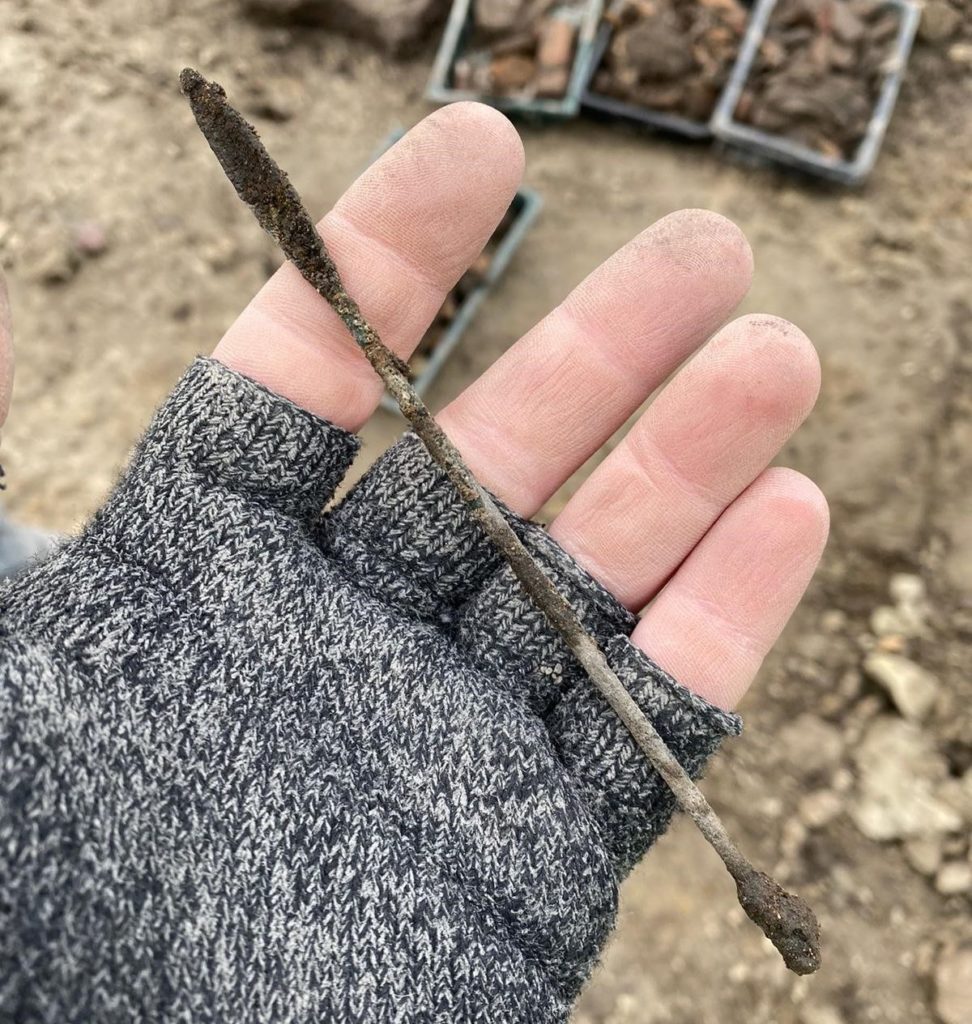 The team also found this piece of a Roman red bowl … 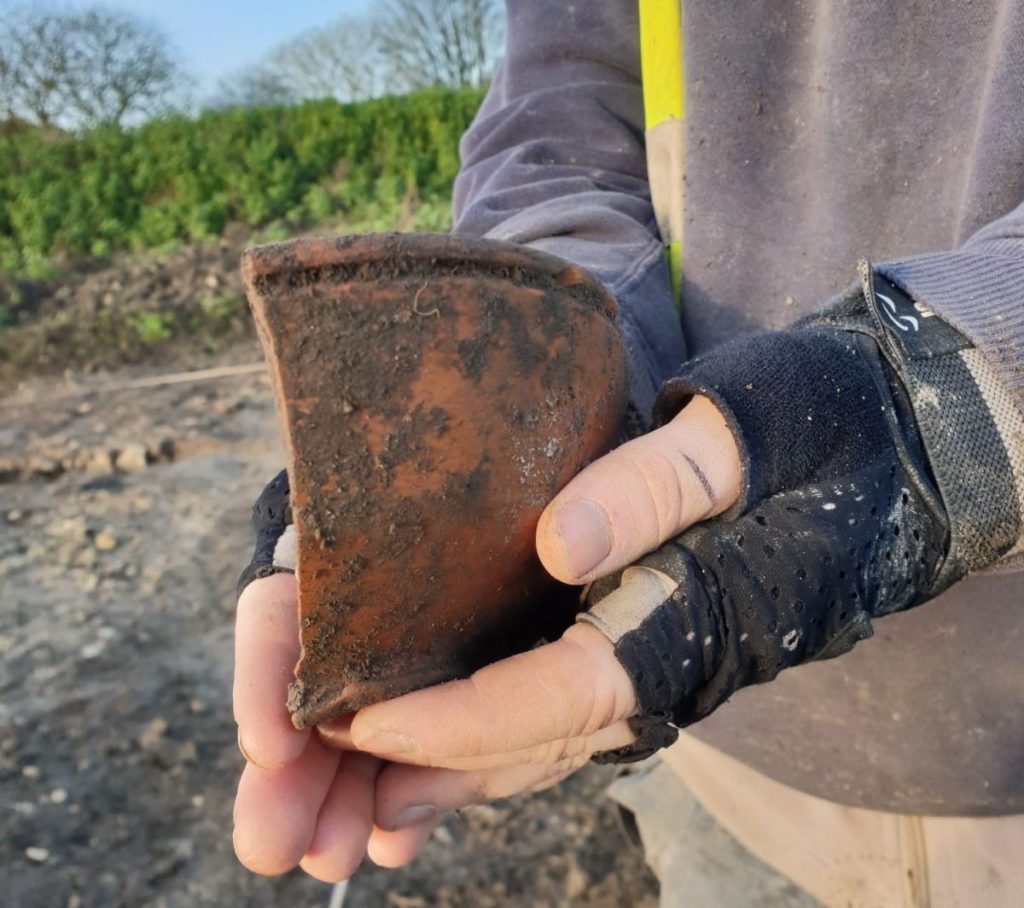 … and this spindle whorl. This disc would have fitted onto a spindle to increase and maintain the speed of the spin, so it’s a good indication that yarn was being spun to make things like clothing or blankets. 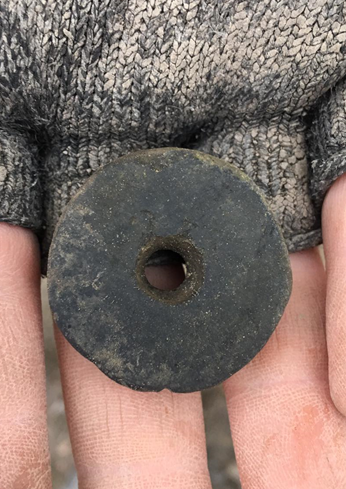 A Roman spindle whorl uncovered by the team.

If you’d like to find out more about the dig site and the finds, then checkout our What’s On page to join the DigVentures team for live online events.

More from our archaeology series:

Check out our live virtual tours of the dig site with DigVentures, and meet the archaeologists!

Become an Earth Trust Friend and help us connect people with nature and care for important green spaces.